Femi Fani-Kayode, a former Minister of Aviation, has told former President Olusegun Obasanjo, ex-Head of State, General Yakubu Gowon (rtd), and erstwhile military commander, Theophilus Danjuma to shun their idea of restructuring as it is too late as nothing will stop self determination.

According to a tweet he shared on Monday, he said that the trio had rejected restructuring in 1967 at Aburi and instead, decided to fight Igbos, wondering why the call is coming now when self determination has taken over.
General Gowon had at a public event organised by Igbo Leadership Development Foundation last week admitted that the Igbo nation had been marginalised in Nigeria’s polity,
On his part, Obasanjo had condemned the current state of affairs in the country in his speech at the Frederick Fasehun 1st Memorial Lecture.
Similarly, Nnamdi Kanu, the leader of the Indigenous People of Biafra, IPOB, had earlier mocked the retired army generals for demanding restructuring from President Muhammadu Buhari.

Backing the IPOB leader in a tweet on Monday morning, Fani-Kayode said, “Those that opposed restructuring at Aburi in 1967 and waged war against Biafra, namely Gowon, OBJ and TY Danjuma are now calling for restructuring.

“The truth is that restructuring is too little, too late. The new kid on the block is known as self-determination and he cannot be denied.”

Edo Election: I don’t think I will get Justice with the screening process – Obaseki 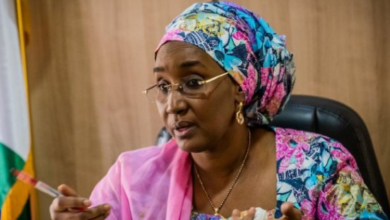 My Ministry is not linked to it — Sadiya Umar Farouq makes clarification on N2.67bn school feeding money ICPC claims to have found in a private account 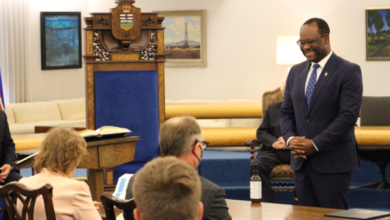 “I look forward to the day when Nigeria and Africa become places where hard work and merit are rewarded” – Nigerian-born Canadian Minister of Justice, Kaycee Madu