The Secretary to the Government of the Federation, Mr Boss Mustapha has described the COVID-19 pandemic as vicious and deadlier than the Boko Haram insurgency.

He said this on Sunday during his visit to Adamawa State to condole with the people of Garkida over its recent Boko Haram attack.

He also expressed President Muhammadu Buhari’s regret following the Boko Haram attack which resulted in the death of some security personnel, leaving properties worth millions destroyed.

“I took the opportunity to speak to them on the current challenge that we are having with regards to COVID-19 and I said as dreaded as Boko Haram is, COVID-19 is vicious and most-dreaded (deadlier).

“One infection of COVID-19 can destroy a whole city, so I implore all of you to begin to speak to the people of Adamawa State and Nigerians concerning the adversity that can face us if we don’t take precaution.
“We are not acting a little late, we took steps by first identifying the countries that are a heavy burden; first we started with 13, and the next day we added two with the closure of three international airports, he added. 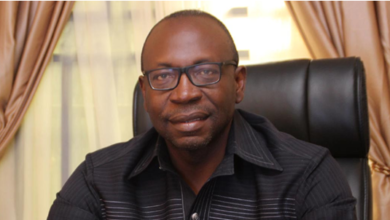