The gunmen who abducted the Chairman of the Nasarawa State chapter of the Christian Association of Nigeria (CAN) Bishop Joseph Masin, have contacted his family demanding a ransom of N20 million.

Recall the clergyman was abducted by
seven armed men suspected to be Fulani herdsmen at his place of residence at about 11pm on Tuesday, May 27 according to reports by his son, Peace Masin.

The state CAN Vice Chairman, Pastor Tayo Samuel has told New Telegraph that the abductors had contacted one of the victim’s sons and demanded N20 million.

“Early this morning (yesterday), the kidnappers contacted one of his sons through his telephone and demanded 20 million. The negotiation is ongoing, he said. 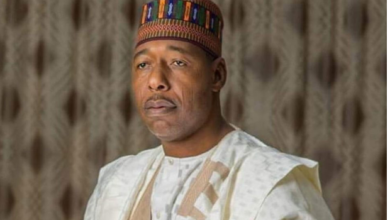