Dele Momodu has dismissed reports making the rounds that former Petroleum Resources Minister, Mrs. Diezani Alison-Madueke has been offered a position by the Government of the Commonwealth of Dominica and that she also carries a diplomatic passport issued to her by the Dominican government.

A report shared by The Nation earlier today said the Economic and Financial Crimes Commission (EFCC) move to secure the extradition of the former minister to answer to charges of N23.29 billion poll bribery scandal, has suffered a setback following her claim to citizenship of the Commonwealth of Dominica.

Diezani was alleged to have been issued a diplomatic passport, DP0000445 by the Dominican Government on May 21, 2015 shortly before the handover to President Buhari by ex-President Goodluck Jonathan. The citizenship of the former Minister who was subsequently appointed as a Trade and Investment Commissioner for the Commonwealth of Dominica, was confirmed in a May 29, 2015 approval letter by the Prime Minister of the Commonwealth of Dominica, Roosevelt Kerry.

In a new report posted on his platform, The Boss, Momodu said as of today June 7, Diezani Allison-Madueke has not been appointed Commissioner nor does she hold a diplomatic passport of the Commonwealth of Dominica.

According to Momodu, the truth of the matter is that Diezani was offered these privileges but they never came to fruition as they were suspended since October 2015.

In 2015, a Dominican news platform, DA Vibes, shared a statement from the office of the nation’s Prime Minister dismissing claims that the former Petroleum Minister had been offered their citizenship. According to reports, the offer for her to become a citizen was immediately suspended after she was arrested in London in October 2015.

Prime Minister Skerrit explained that in May of this year, during a routine stop-over visit to London, Madueke was introduced to him as the immediate past Minister of Petroleum Resources in Nigeria and also immediate past President of OPEC, the Organization of Petroleum Exporting Countries. These discussions however took place well before any question of an investigation by the relevant authorities arose.

Prime Minister, Honourable Roosevelt Skerrit has made clear that the idea of relocating to Dominica was never discussed, far less agreed, in any discussions with or on behalf of Diezani Alison Madueke, the ex-minister of Petroleum Resources in Nigeria, who is now under investigation by United Kingdom and Nigerian authorities. Indeed, the Prime Minister said the discussions surrounded her continued residence in the United Kingdom and ability to travel to Africa in order assist Dominica.

“The academic and professional credentials of Mrs. Madueke were impeccable. She had been a senior government minister since 2007, having served also as Minister of Transport and Minister of Mines and Steel Development. Additionally, she served as an Executive Official and Director of Shell Petroleum Development Company in Nigeria.

In my Budget Address to the people of Dominica two years ago, I outlined the intention and policy of my Government to recruit persons of experience, influence and integrity to serve and represent Dominica in various capacities abroad. As a small nation with very limited resources, we do not have the capacity to establish consular or other offices in many regions of the world. In this case, who better to speak for and on behalf of Dominica in parts of the African continent than a former President of OPEC and former Chairman of the West African Gas Pipeline Authority.

Also, it must be recalled here that Mrs. Maduekewas educated in the United Kingdom and United States of America, having studied for her Bachelor’s degree at Howard University in Washington, D.C. and post-graduate studies at Cambridge University in the UK.

So, on the recommendation of a number of outstanding individuals of note, and after thorough due diligence studies were undertaken, the Government of Dominica agreed to the appointment of the former Nigerian Government Minister as Trade and Investment Commissioner for Dominica, with the specific remit of promoting and marketing the trade and investment opportunities of Dominica. This was especially the case considering her obvious contacts following her stint as President of OPEC.

The issue of her relocating to Dominica was never raised in any of our discussions, because at the time Mrs. Madueke was to my knowledge in good standing in Nigeria and United Kingdom, having only just demitted office in Nigeria and established living arrangements in the United Kingdom.

The arrangement of Mrs. Madueke serving in an honorary capacity, with no direct remuneration from Dominica and Dominica facilitating her travels across Europe and Africa with the issuance of a diplomatic passport, was entirely in accordance with existing convention, protocol and practice, until the very recent and unexpected development of the investigations by UK and Nigerian authorities. This development was not foreseen nor anticipated by the due diligence undertaken on behalf of the Government, and could not have been and was not foreseen by me or the Government of the Commonwealth of Dominica.

I should add that the Ministry of Foreign Affairs moved with dispatch to suspend all relations with Mrs. Madueke immediately following her arrest in October 2015, pending the outcome of the investigations. This suspension took place in the month of October. Our position is that the relationship with Mrs. Madueke and all that flows from this will remain completely suspended until such time as the probe into her conduct as a Minister of Government is concluded and a determination made by the relevant authorities.” 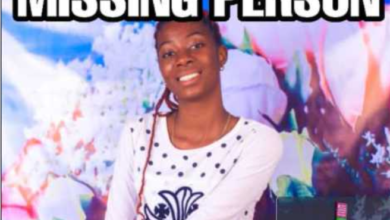 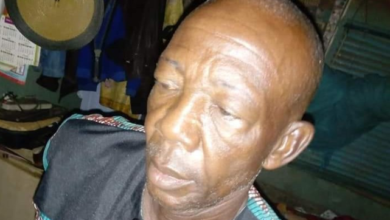 Alleged serial pedophile accused of raping girls below 10 years in Imo, admits to raping one of the girls.