A video making rounds on social media has captured some airport officials trying to push a faulty airplane which they could have used a Tug to wheel out but due to lack of facilities they resulted to pushing the airplane instead.

“Abeg God come and split Nigeria make everybody go there own country and change identity cause Nigeria is dead and gone…..pushing plane to start ? Chaaii only in Nigeria ..I pity people that will board this wheelbarrow called plane for travelling. 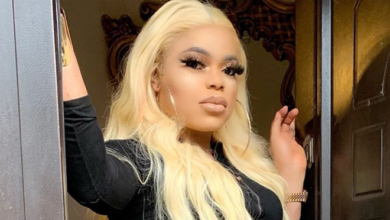 If People don’t like you, you will live long – Bobrisky