The Ohanaeze youth council says the Fulani lack the capacity to rule Nigeria adding that the backwardness of Nigeria has to be blamed on them as they have ruled the country for several years without anything to show for it.

This was according to a statement by the the National President of Ohaneze Youth Council, Igboayaka O. Igboayaka reacting to a remark by the President of Arewa Youths Forum, Alhaji Yerima Shettima that no Igbo man will rule the country.

“Fulanis have ruled Nigeria with five military heads of state and three civilian Presidents since 50 years, yet the country is the worst underdeveloped in Africa. This simply shows that they lack the capacity to govern the country”, Igboayaka said

He called on the youths of the North and South West to campaign vigorously for an Igbo man to become the next President because, according to him, the Igbo holds the key to the rapid development of the country. 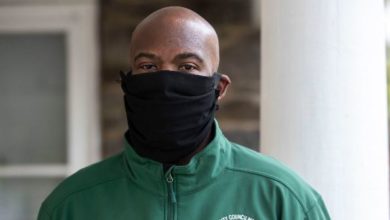 Cloth Face mask cannot prevent you from contracting virus, they only reduce how you spread infection when speaking- NAFDAC

Nigerian Appointed as UN Special Representative for Sustainable Energy for all

Achuba reacts to swearing in of Onoja as Deputy Governor of Kogi State, calls him an Impostor.