According to TheCable, the insurgents attacked some part of the town before going for the barracks which was close to the Nigerian Air force base.

A Maiduguri resident, Tajudeen Umar who complained about the explosion said the noise woke him up from sleep.
“We are under serious attack in this city. Sounds of gunshot and bombs from different direction. I can’t tell precisely where this is from but the sounds are clear,” he said
Military sources who reportedly confirmed the attack, said soldiers responded immediately but the insurgents had already surrounded the barracks. The attack happened on a day the service chiefs marked their fifth anniversary in office. 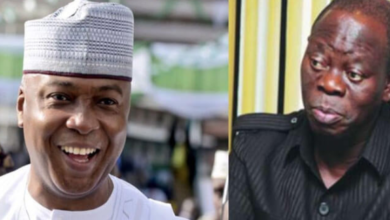 Oshiomhole: I’ve always known his masquerade will dance naked in the market – Saraki