Asari described the theft as mere pick pocketing when compared to the amount of Nigeria’s resources being carted away.
He further likened the current probe of the agency as that of a man calling the police to report a pickpocketing case he witnessed while armed robbers are breaking into his house

“We are talking about N81 billion being pick-pocketed from Niger Delta while the bulk of our money, our resources is being carted away and we are not talking.

Ooni of Ife imposes Curfew for spiritual cleansing over Coronavirus

“I Am not afraid of Death at my Age – Obasanjo 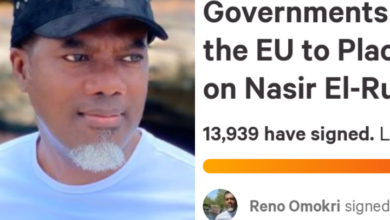 Over 13,000 people sign Reno Omokri’s petition for EU and UK to place visa restriction on El-Rufai