Nollywood actress, Kemi Lala-Akindoju has expressed disappointment in the clash between pastor David Ibiyeomie and Daddy Freeze which has since triggered a lot of controversies online.

The pastor in a video had threatened Daddy freeze whom he accused of insulting his spiritual father, Bishop Oyedepo.

Kemi Lala-Akindoju in a tweet she shared on Twitter stated that she is ashamed for pastor Ibiyeomie only because he misrepresented the gospel of Jesus.

She also urged people to seek God themselves instead of digesting all that slips out from their pastors lips adding that she is even more shocked at the congregation echoing the insults because that is not what the Bible teaches.

“Meanwhile I just watched the video of that pastor. It is wrong, SO WRONG! First as a supposed christian, then as leader and finally as human human being. I’m even more shocked at the congregation echoing the insults.

“Please that is not what the Bible preaches, this is why it is important to know God for yourself, read your bible yourself and don’t get blinded by religion. I am very ashamed for him only because he has misrepresented the gospel of Jesus. Proverbs 18 is a good scripture to meditate on today. Selah!

Since I came back to Islam, I feel fulfilled and happier – Adunni Ade 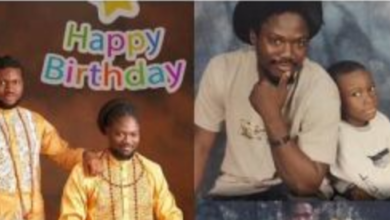 Daddy Showkey celebrates son as he becomes a year older 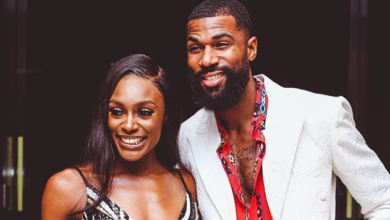 BBNaija Mike and his Wife are expecting a Baby Boy.