National President of the Senior Staff Association of Nigerian Universities (SSANU), Mohammed Ibrahim has expressed that the union might embark on a strike if the Federal Government does not listen to their demands.

The Joint Action Committee (JAC) of Non-Academic Staff Union (NASU) and Senior Staff Association of Nigerian Universities (SSANU) commenced a three-day national protest on Tuesday as they are protesting over irregularities in Integrated Payroll Personnel Information System (IPPIS) payments, non-payment of Earned Allowances, non-payment of arrears in minimum wage among other issues.

On Wednesday, Ibrahim speaking in an interview on Channels Television breakfast programme Sunrise Daily on Wednesday stated that although negotiations are currently ongoing, the union might go on a strike.

“The major aim of our protest is to sensitise government that look, you have a problem. The problem is that you are not honouring agreements. From agreements you have moved to MoUs and MoUs are becoming just a charade – you sit down and take tea and the MoUs will never see the light of the day.

“After day 3, we will meet and appraise the situation and let the world know our next line of action. But whenever you see the two unions –NASU and SSANU– meet, any decision we take will be in the best interest of the students and our membership, he said

I pity my people traveling to the East, every Road is bad – Phyno 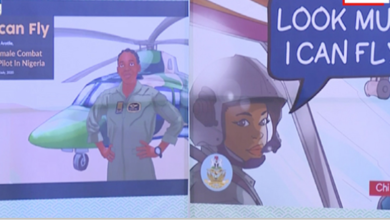